How to Connect your iPad to wired Ethernet


Wired internet connection for your iPad? Anyone?


Have you ever wondered whether it is possible to connect your iPad to a wired network using an Ethernet cable? Sure... but why would you want to do that in the first place you may ask.

Well, maybe you are just curious, and it's a personal challenge to see if it actually can be done.  Maybe your WiFi coverage in your home is not great in some areas, but you have access to wired Ethernet. Or you might even be a little concerned that young kids using iPads for lengthy periods - often in their laps - essentially have a wireless transmitter running near vulnerable body parts.

Either way we've had a go at it and the process was surprisingly simple and easy. Not cheap, but hey it's all good.

What gadgets do you need to make this work?


Firstly, you need your iPad. Then you need the Apple Camera Adapter, followed by an Apple Ethernet adapter. Be warned, neither of these are cheap. They will set you back a bit of money. Now, it may be possible to get cheaper non-Apple branded components and still make this work, but we decided to stick with Apple accessories to ensure success. 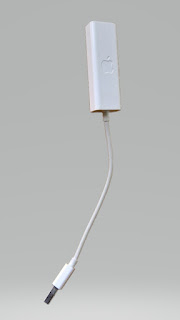 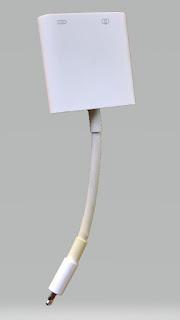 Cool, but how do we connect it all up?


Pretty simple, really. Grab your iPad, plug in the Camera Adapter into the lightning port of the iPad. Then, grab the Ethernet Adapter and plug it into the USB port of the camera adaptor. This whole setup needs to be powered, so connect your Apple charger cable to the lightning port on the Camera Adapter. Lastly, plug your Ethernet cable into the Ethernet adapter. You are good to go. Try it, put your iPad into flight mode, disabling all WiFi and Bluetooth connectivity. Yet you can still get to the Internet, App Store etc. Works like a charm.

Hope you enjoyed the post and maybe even found it useful. 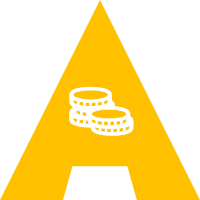 What happened to the AdSense Account Stats App in the Microsoft Store?


A couple of weeks ago I was notified by Microsoft that a third party agent working on behalf of Google has lodged a claim that the title of my AdSense Account Stats App in the Microsoft Store is infringing on a Google owned trademark.

The actual app title is AdSenseAccountStats, and I guess that has the word AdSense in it.  AdSense of course is indeed a Google owned trademark registered in the US, and quite possibly in many other countries.  Doing the right thing, I immediately removed the app from the store listing and download.

Now, I am neither a lawyer nor an expert with regard to trademarks, but one of the main aspects when it comes to trademark infringements is about potential consumer confusion.  Meaning that consumers might reasonably but incorrectly assume that a product or service is provided by the trademark owner when in reality that is not the case. Another aspect is about commerciality of the product or services infringing on a trademark.

You be the judge - is AdSenseAccountStats confusing?


Certainly a very interesting situation.  My app is of course available for free so there is no commercial benefit.  Additionally, Google do not have their own app in the Microsoft Store that one could use to access one's AdSense account.  On Android and Apple iOS such an official Google AdSense app exists, but not for Windows mobiles. Which incidentally was the key reason I put together the app in the first place.  I wanted an easy way to access my AdSense account from my Windows mobile.

As far as trademark infringement defenses go, there may be three interesting aspects here:

Either way - Stand by for re-launch


Never mind, I have neither the time nor inclination to have an argument with the third party agent, so I guess I'll just rename the app and re-publish it with a more generic name.  In some ways, it is almost flattering that there is this much interest in an app I created.  It makes for a good story at the pub 😀

It is going to take a little while to relaunch the app however, so don't hold your breath.  There is a specific process to step through before the app can be re-enabled in the store.  Legal forms to submit, authorisation to be obtained, repackaging of the app with a new title (how does AdsAccountStats sound - generic enough?), submission update to the store and ultimately making the app available for download again.

Now if only I had a little spare time to do all the above...   I'll post again once the app is back and available.

'til then, have a great day.